Introducing you to a new world of music.

Welcome to All the Cool Parts Podcast!

Episode 34 is up! We have moved! We are now part of the Sound Notion network, and our web site is now at http://www.soundnotion.tv/acp/ Please check in there for news and new episodes. Thanks!
Posted by Anthony Joseph Lanman at 2:30 PM 1 comment:

A NEW episode OMG. I'm bringing the podcast back for 2014! I'm also partnering with music podcast site Soundnotion.tv, and am very excited to be a part of their team! All the Cool Parts will probably be a monthly podcast, and I'll continue to endeavor to bring you interesting and enlightening podcasts on classical music.

This time, I asked the ACP audience to share with me their classical music stories. Basically, to tell me that moment, that piece, that inspiration that made them passionate about classical music. I got some very heartfelt, fascinating and very diverse answers. Thanks to all who participated! If you'd like to share your story with me, please send me an email - I'll do this kind of show again in the future!


DIRECT LINK: http://anthonyjosephlanman.com/acp/acp33.mp3
Posted by Anthony Joseph Lanman at 7:01 AM No comments: 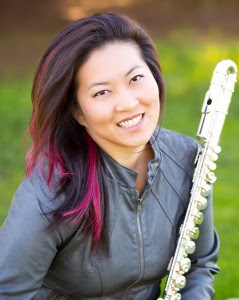 This time on All the Cool Parts Podcast - I have a fantastic interview with flutist Meerenai Shim! We talk about her new album The Art of Noise, and about the music and the composers and the stories behind them. Her new CD presents great music by composers Daniel Felsenfeld, Janice Misurell-Mitchell, Jay C. Batzner, Matthew Joseph Payne and David E. Farrell. Check out one of the most cutting edge flutists in the classical music world today!

DIRECT LINK: http://anthonyjosephlanman.com/acp/acp32.mp3
Posted by Anthony Joseph Lanman at 10:56 AM No comments:

Join us for our discussion with guitarist Jason Vieaux!  We talk about his Naxos Laureate CD, as well as his journey through music, his experiences as a major competition winner, and his new and exciting projects.

We listened to several selections from various albums that he's released over the years - these albums include:

Posted by Anthony Joseph Lanman at 2:01 PM No comments:

Hello ACP fans! I just wanted to give you all an update on what is going on with the podcast. About a month ago, shortly after recording an interview for the next show, I had a major equipment failure. I was VERY lucky to have saved the interview (I sent it to my sometimes co-host Jon Kulp) before the crash, however, the failure has left me unable to podcast until I replace the equipment.

I will be announcing an indiegogo.com fundraiser to raise money for new equipment, benefiting this podcast, as well as my other podcast, the 1,000 Recordings Podcast. I already have some really great perks lined up, donated by some awesome folks, including signed copies of 1,000 Recordings to Hear Before You Die, autographed CDs from the California Guitar Trio and classical guitarist Jason Vieaux, and more. Stay tuned - I'll have more details and a link to the fundraiser page very soon!

-Anthony
Posted by Anthony Joseph Lanman at 5:52 PM No comments: 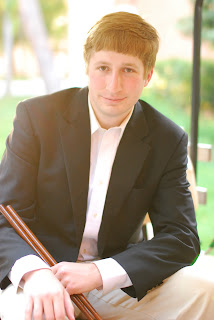 Finally - a new episode after nine months off! I'm very excited about our return episode with composer, percussionist and web site creator Eric Guinivan. I talked with Eric about his recently created web site ComposersCircle.Com. On the site, Eric features a different living composer every single day, with biographical information, a link to the composers web site, and a sample of the composers music.

In addition, we listen to and discuss music by eight composers that have been featured on the site so far. These eight composers are Clint Needham, Lansing McLoskey, Matthew Peterson, Paul Dooley, Tim Reed, Michael Thomas-Foumai, Carlos Rafael Rivera and Sven-David Sandstrom. 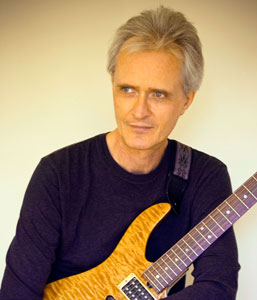 On this episode of All the Cool Parts, I talk with composer/guitarist Scott Johnson.  We discuss music from his recent CD Americans, as well as the merging of pop and classical music, the old battle between "downtown" and "uptown" composers in New York City, progressive rock, punk, Bach and so much more!

Posted by Anthony Joseph Lanman at 8:06 PM No comments:

This week on All the Cool Parts we are joined by guitarist Kevin Gallagher to talk about his recording of classical guitar music for Naxos.  In addition, we are re-joined by Dr. Jonathan Kulp as co-host for this laureate edition.

We had a fun and fascinating conversation with Kevin about the music on the CD as well as his experiences recording the CD and also winning the competition that allowed that recording to happen.

Kevin has been busy of late creating videos of classical guitar music and posting them on You Tube.  I'll include some of those videos below!

In addition to that, we feature composer/guitarist Frederick Carrilho on this edition of All the Cool Parts Idol.  We hear his beautiful piece (Re)Birth for electric guitar, flute and electronics.  You can learn more about Fred and his music HERE.

Posted by Anthony Joseph Lanman at 2:30 PM No comments: 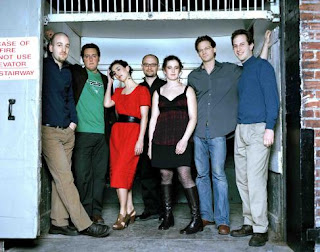 This week on All the Cool Parts - the NOW Ensemble. Judd Greenstein, Mark Dancigers and Patrick Burke talk with me about the ensemble and about their new CD Awake.

Check out the fantastic short film on Greenstein's Change.


PLAN OF THE CITY from Joshua Frankel on Vimeo.


DIRECT LINK:  http://www.anthonyjosephlanman.com/acp/acp27.mp3
Posted by Anthony Joseph Lanman at 11:29 AM No comments: 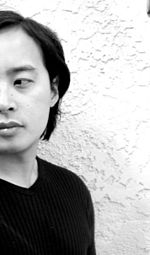 This week on All the Cool Parts - Our 2010 ACP Idol winner, composer Nicholas Vasallo.  We spend some time with this young, up and coming composer and discuss his music among other topics.  Come check out some cool new classical music!

DIRECT LINK:  http://www.anthonyjosephlanman.com/acp/acp26.mp3
Posted by Anthony Joseph Lanman at 5:38 AM No comments:

The opening music to All the Cool Parts Podcast is from Synaesthesiac by Anthony Joseph Lanman. 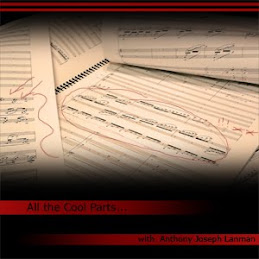